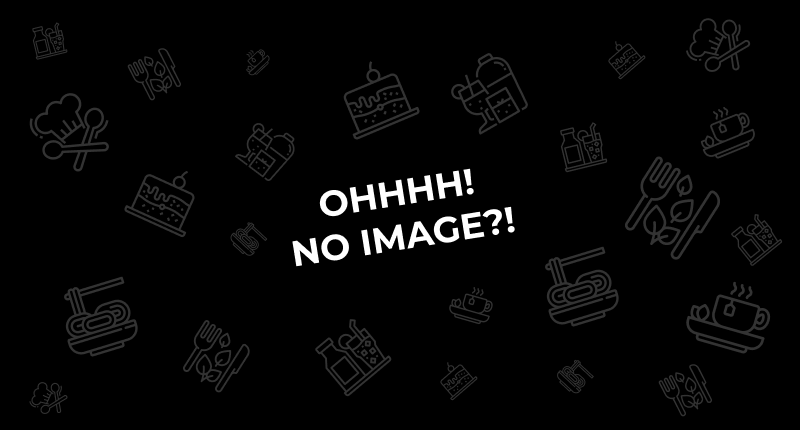 Pizza here is great! Crispy, quick and tasty for when you have a pizza craving. I come here often. The food is good and the people are friendly!

Best deal in midtown. Sure it just went up to $1.50 a slice, but it's still very much worth it. And because of the high turnover, always fresh slices.

Unacceptable how I was treated at this establishment. Marco and Manuel the manager have the worst customer service skills in history terrible experience. I parted 44 dollars with no amenities no drink or nothing!!!!!!!!!! Well what does your sign post? Complete false advertisement. I blame the workers and the establishment. I will never go there again

Love the crust crispy but yet chewy, had the meat lover and chicken broccoli...plus tried the pepperoni. Size is pretty decent could have been bigger compared to other new York pizza places. They have a special on cheese pizza for $1 or 2 cheese pizza and drink for $2.99. Location is somewhat sketchy, just be safe

You can’t go Wrong with 1$ slice cheese pizza in new york and the whole box with 8 slices for 8$ thats a great deal tastes good but don’t expect fancy its a super convenient pizza location!

Well, their flyers and ads all over NYC are ONLY FOR CHEESE and once you put anything else on the pizza, the price is exponentially higher (ex. $4 for meat and peppers). Great marketing / advertising strategy. That aside, $1 for a nice sized slice of fresh, hot cheese pizza in NYC is a great deal. The staff were friendly. No napkins, no seats, and hot as all hell in there.....but a great deal and fast and friendly.

Fantastic pizza at a great price. Would recommend to anyone passing by and wanting a snack or a meal

Quick and cheap delicious pizza. People who complain about this pizza go in with their expectations way too high. It's fast food pizza. Perfect for a quick bite when you're on the go. I make sure to come here every time I visit NYC.

Excellent! Ordered a pizza through Uber eats with them and due to the courier taking some extra time to get the order they threw in a free pizza on the house. They did this entirely unprompted on their own initiative. This goes above and beyond the expected service and deserves to be rewarded.

Excellent pizza for the price in New York. A few days before I tried a $5 pizza at another brand and it was the worst decision ever!After it I decided to try the 2 slices of pizza + can of soda for 3.75 and it was very good. I know.. just cheese pizza but a good taste and a good decision

Pizza had plenty of tomato sauce. 99c pizza base is better but they don't have much tomorrow sauce.. It swings and round abouts. $2.99 for 2 slices cheese and tomorrow pizza and a can drink

Decent hood pizza. Cheap and reliable. Wish their slices were more crunchy and not rushed

Well made cheese pizza slice for a dollar! Huge varieties of pizza to choose and prices vary. Highly recommend.

One of my favorite pizza spots in the city. Pies taste amazing and the prices are always reasonable. And they always serve them up hot and fresh too.

Very good pizza for a crazy low price. Very good place for a bite on a busy day

Decent pizza but not up to the hibe

This spot is excellent! Good rates, big dishes and the staff members are consistently kind.

We bought 5 slices of pizza to-go and requested a box to put them in. Was told by the person behind the counter that boxes are only for a whole pie. We were given paper bags instead to put our pizza slices in. The pizza bled through the paper bags and grease ended up all over my coat. 2 bros. Pizza owes me for my dry cleaning bill. Disgusting customer service and low quality pizza. There are better tasting pizzas around that will also give you a box. Don’t go there!

Really good pizza in a no-fuss location with a lot of standing room but only a few sit-down tables. But it isn't as cheap as it seems. If you want a non-cheese pizza you're gonna pay $4 or $5 per slice.

Great pizza, great price! Get the supreme! $4 per big slice

Good pizza for cheap. Would recommend for a quick bite to ear.

really good quality priced pizza , with generous servings! $1 for a slice. probably the best pizza I’ve ever had. Inside is kept really clean and you can see the staff making the pizza fresh from scratch. 100% recommend if you’re looking for a cheap bite to eat in NYC

I went here after a drunk night with my friends. We stumbled into this place which was amazing! The pizza was good and I could even fold it. I'm really picky about pizza. The only thing is that the place is really small and don't take credit cards. But otherwise it's amazing. Big slices

One of the Best Pizza spots in the city. They raised the price on the pizza which you dont mind paying for good quality pizza that you get everytime. It's an inexpensive lunch and one I dont mind having. If you ever see a long line don't let it discourage you. They work quickly and have you in and out.

Quick, Fast, and edible. Remember, all the advertisements you’ll see for $1 pizza only includes cheese. That’s their way of getting you in the door. If you want anything additional on your pizza, it will be pretty close to what it costs anywhere else. The pizza it’s not bad at all it’s hot and fresh. Of course you get what you pay for, expect it to be a little light on cheese. But for $1 a slice of cheese and $3 for two slices plus a canned soda, TAX INCLUDED, you can’t go wrong. Just know what you’re getting into, it’s one Dollar Pizza after all.

Tough crusts and greasy stale pizza that was subpar. Pizzas were just inconsistently and haphazardly churned out with every single pie different from the other. The staff did not seem to care about the dirty dining area or the overflowing garbage. The service was laughable. The only visible menu selection were pieces of handwritten paper blocked off by people in queue listing prices with no information if they're for a slice or a whole pie. You just walk up the line, place an order, and god knows what the price is that you're gonna get because nothing there is defined. Skip.

Pizza place was good! Cheesy and had both meat and vegetarian options. I even saw a vegan no cheese option. It was fairly cheap and great for a fast bite between shopping.

Amazing pizza for $1! These guys do a great job of making a good pizza at a very reasonable price. Highly recommend to anyone who loves pizza to pop in here whilst in NYC.

Was there during Christmas. Great pizza. Great price and became a favorite. Will come back when I make another trip to Manhattan.

Horrified. Some guy handed me a flyer for $1.00 pizza so my girlfriend and I decided to give the place a shot. To my surprise, when we got there, there was garbage out in front of the place, the trashcan was full to the top with trash and there was trash even inside the establishment. The guy who helped us literally slapped the pizzas in the oven. The only slice that was OKAY was the pepperoni slice. I had a Buffalo, a regular and a pepperoni. The other 2 sucked. The staff did not care about the fact that there was trash everywhere, one of the guys was comfortably sitting by the register, unbothered by the dumpster he was working in. Again, pizza sucked, staff sucked, trash everywhere sucked, the hype on Google maps is bogus. I WOULD NOT RECOMMEND. I was so upset, I even considered reporting it to sanitation.

I really liked the service. Very great service. Thanks! :-)

Their pizza's are amazing here. you wont find anything tastier. And the prices are amazing at that. Great service no doubt from these guys.

Their pizza is really good and love coming here for my pizza craving fix. And they always serve the pizza hot and fresh.

Pizza was delicious, and very hot. The place wasn't super clean, though. I had to wipe down the counters we are on the best I could. But ..... the pizza selection was awesome. They had the usual cheese, pepperoni, meat lovers, etc, but they had a delicious buffalo chicken pizza, as well as Hawaiian.

Amazing pizza, had a few slices on lunch, and a whole pizza a different night for dinner!

Two slices and a pop for 3.75 in this area. Crispy fresh slice and they have many options you can choose from. They take credit if you're wondering. No washrooms so go next door. Limited seating but people are in and out so you can always find space.

Pretty good for the price, wasn't the best pizza in NYC but it was great. Thin and crispy with loads of cheese and delicious butter an herbs on top. (: I'm from Michigan so it beats pretty much any other pizza I've ever had.

Impersonal staff. Dry chicken on the pizza. The inside of the shop looked like a recurring nightmare, manifested into the physical. The mushroom pizza was good, though.

Great NY style pizza with a lot of choices. They have a good following. It gets busy during lunch so be prepared to wait in line

We waited quite a while for our seat but it was worth it. The pizza was good and the server was friendly. We enjoyed our experience and would go back again.

Great pizza at a great price. If you want something quick and filling while in Midtown, it's a must visit

Best place for pizza in the city. Quick line and pretty cheap!! Everytime a friend visits men in the city I take them here and it never fails to impress.

Pay 2 USD and you are stuffed! Great pizza for one dolar with lots of cheese and thick dough. Fast service.

The food was yummy and cheap. Also the service was good. Overall would recommend that you visit it and try their $1 slices.

My first time experiencing New York pizza. A wide selection but nothing beats a margarita straight from the oven, delicious and affordable. The only thing in NYC I had to have twice during my four day visit.Highly recommended. A must try for any tourist.

Your question has been sent.

Your review has been submitted.

Want to order over the phone?

Thank you for being with us!

We will call you back!